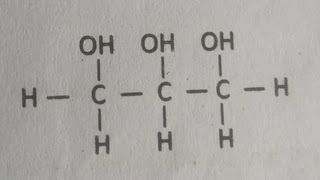 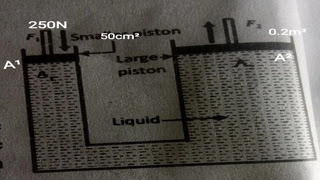 Ans: As the red litmus paper remained unchanged the solution in vessel can either be acid or salt. For further testing a blue litmus paper is inserted in the solution if blue litmus turns into red it is acidic solution otherwise the solution is a salt solution.
18.
Why is glass called fourth state of matter? Write any two uses of water glass and lead crystal glass.
Ans: Glass has solid-like property i.e. it has fixed shape and size but over long time objects made from glass experience its base thickning and upper part thinning. This is due to flow of glass molecules downward under the influence of gravity. This molecule flow property exhibits a liquid nature althoug extremely slow. That is why, glass is called fourth state of matter.
Uses of water glass are as follows:-
Uses of lead crystal glass are as follows:-
19.
Draw neat and clean diagram of reproductive part of plant and label its four major parts. 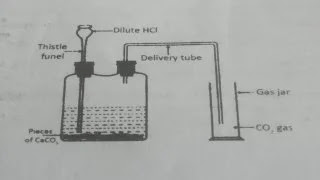 I)Which gas is collected in gas jar?
ii) Why is the gas jar kept erect?
iii) What happen when gas is reacted with potassium hydroxide? Write the balanced chemical equation.
Ans:
(i) Carbondioxide (CO₂) gas is collected in the jar.
(ii) Carbondioxide (CO₂) gas is heavier than air so it can be collected by upward displacement of air hence the gas jar is kept erect.
(iii) 2KOH + CO₂ → K₂CO₃ + H₂O
23.
Draw a chart to show the first generation and second generation resulted due to the fusion of gamets of long-winged housefly (HH) and short-winged housefly (hh). Which generation shows the law of purity of gamets? Justify it.
Law of purity of gametes can be observed in every generation. During gamete formation each pair of factor segregate into individual gamete and only on allele is transferred to the offspring from any pair of traits.
24.
Write the name of main chemical which destroys ozone layer. How is ozone layer depleted by that chemical? Describe with chemical equation.
Ans: The main chemical which destroys ozone layer is chlorofluorocarbons (CFCs).
The molecular formula of ozone layer is O₃.
The molecular formula of chlorofluorocarbon derived from an alkane CnH₂₍n₊₁₎ is
CnCl₍₂n₊₂-w₎Fw
For n=1 and w=2
The molecular formula of chlorofluorocarbon is
CCl₂F²

If you found this article is helpful then please share it with your friends
Hope you like our article on class 10 SEE science paper solutions 2078. If you have any questions please comment below.
The knowledge and tips i had shared is by my experience so you can go through this point and find your weakness and start working on it.
Thanks & Keep learning
I know you have so manply questions like these?
Getting Info...
#Papers Solve #Science 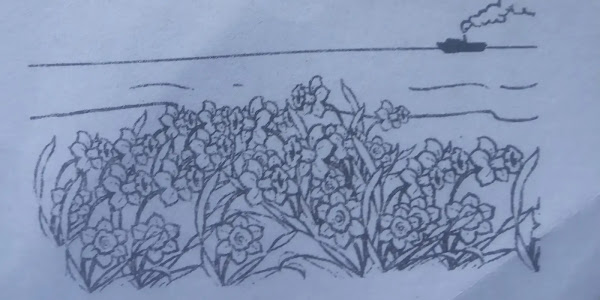 I wandered Lonely As A Cloud  Exercise of class 10 solves 1. Vocabulary in use  i) Read the poem, and fill in the crossword puzzle. Use the base form…

Did I Miss Anything Poem | Class 10 English Exercise